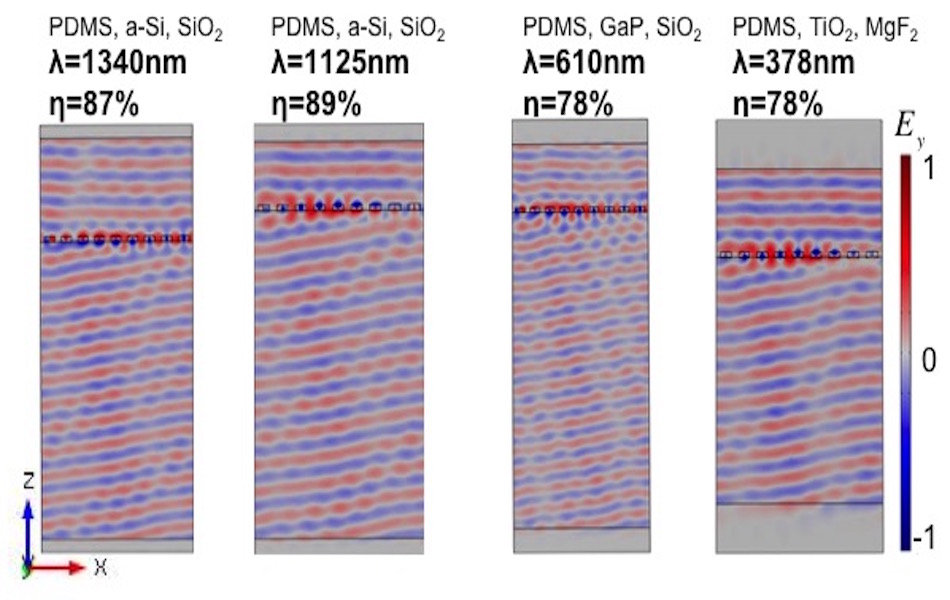 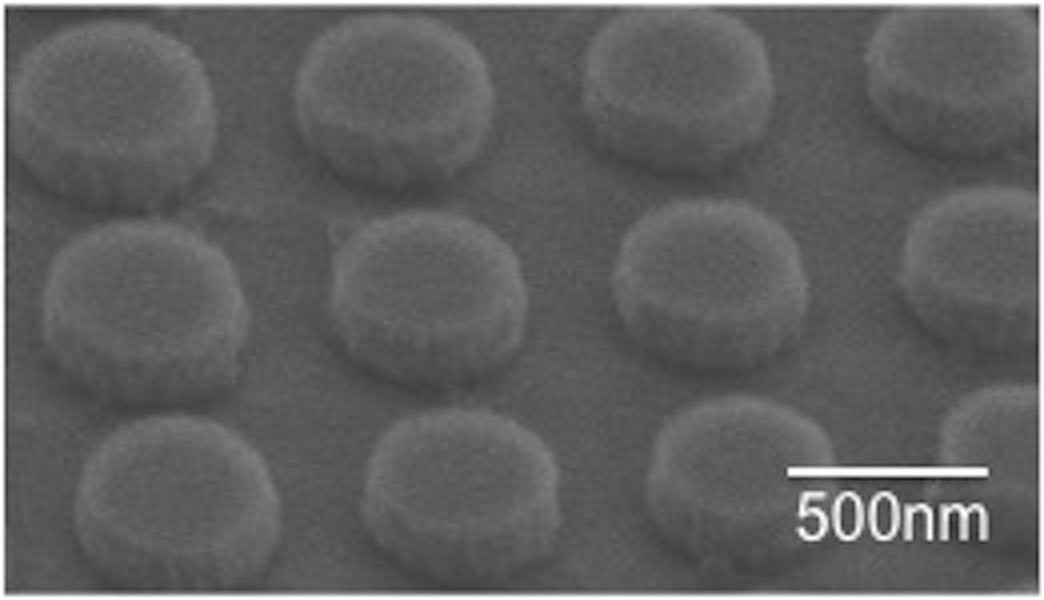 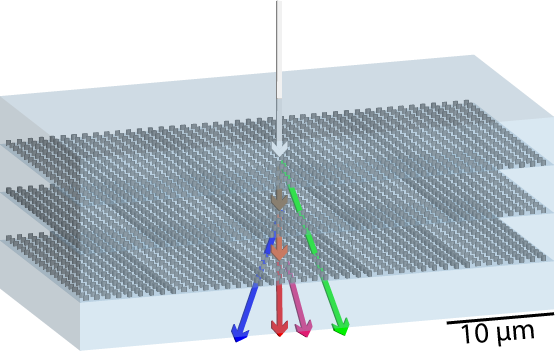 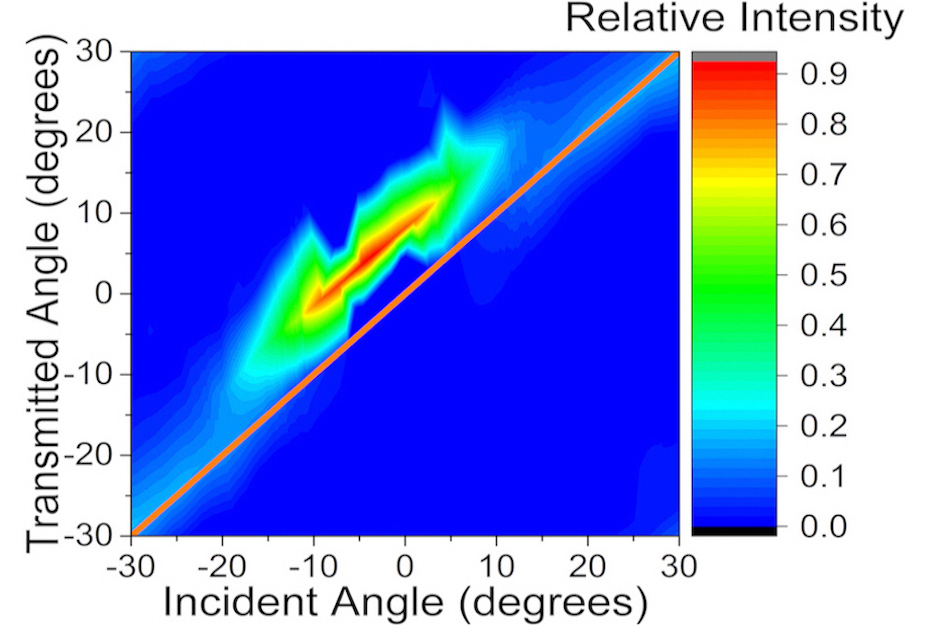 Optical metamaterials present electromagnetic responses dependent on their structure, rather than chemical properties. In general they are comprised of features smaller than the relevant wavelength of radiation, operating in the nanophotonic regime. Quasi-two-dimensional thin films of metamaterials are known as metasurfaces and are often comprised of discrete, optically resonant features.

Conventional optics depend on the gradual accumulation of spatially dependent phase shifts imparted on light propagating through a medium to modify the wavefront of an incident beam. A similar effect may be obtained by the imposition of abrupt, discrete phase changes on a propagating wavefront over a sub-wavelength scale using Huygens metasurfaces. Highly efficient Huygens metasurfaces have applications ranging from conventional optics to high efficiency solar energy conversion, optical communications, and more.

The Escarra Group is developing a class of dielectric nanoantenna metasurfaces with a diverse range of application. Current projects include the development of metasurfaces demonstrating highly efficient control of a transmitted wavefront, spectrum splitting/filtering, dynamically tunable performance, and lab-on-a-chip refractive index/biosensing, as well as the development of integrated metasurface devices featuring 2D semiconducting materials.

“Arbitrary control over a transmitted wavefront can be achieved through the introduction of phase discontinuities across a sub-wavelength scale.”